Built on Sand:the History of Lytham, St Annes and Blackpool 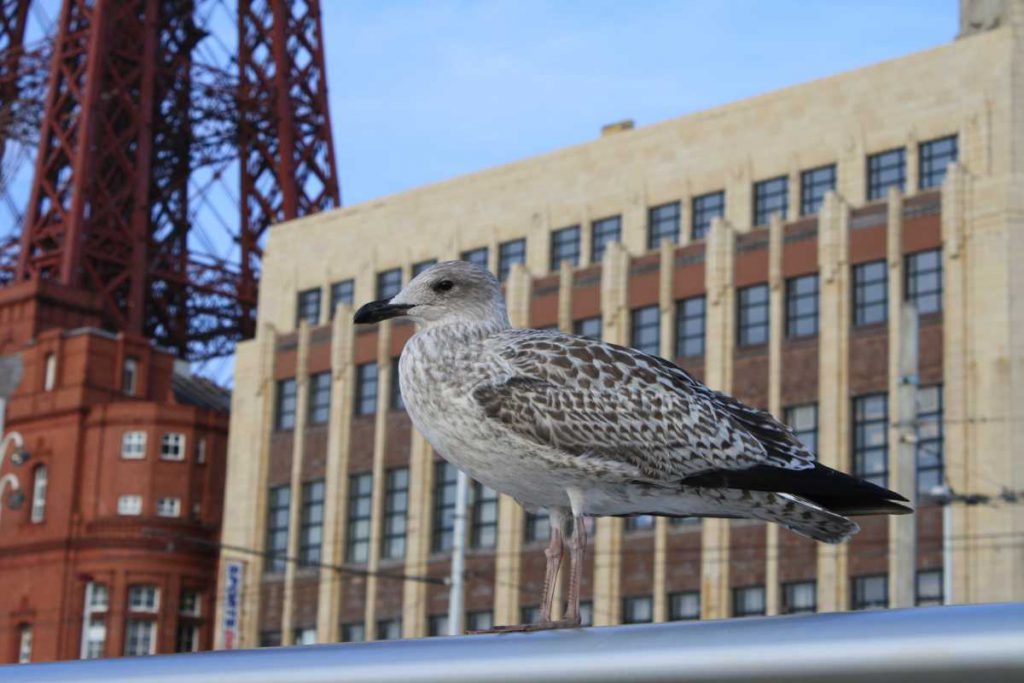 At first glance, the Fylde coast looks like any other seaside area. Blackpool is typical of many of the decaying Victorian resorts up and down the country, but in its day it was one of the biggest holiday draws in Europe.

What may be more surprising, is that in the 18th century, Lytham was the more popular resort, and St Annes was still a mass of sand dunes and starr grass

There were people here back in the Bronze age, though little is known about them. Early Bronze Age Britons known as the Brigantes, they lived in the forest which stretched right down to the sea. On this part of the coast they were known as the Sentantii ; ‘ the dwellers in the country of the waters’  . Over the centuries, there were waves of invaders ; the Romans, Angles, Saxons, the Norsemen, the Normans. Different tribes may have fought and mixed with the original locals, although the remote nature of the coast at this time made it less attractive.

In 1199 the monks of Durham were given the whole of the estate at Lytham, called Lidun in the Domesday book, by Richard Fitzroger, in gratitude for an earlier healing. The monks got rights of wreckage as well as rights to the ‘King’s fish’, the sturgeon! They established a small priory, though there were only a few monks.

At the time, the manor of Lytham stretched all the way up to the south end of Blackpool. The land adjoined the manor of Layton owned by the Butler family, although they didn’t live locally.

The Battle of Mad Nook

The ‘mossogs’ or moss dwellers seemed to have been constantly battling with the’ sandgrownuns’ of the monks’ land over boundaries. This came to a head in the battle of Mad Nook in 1530, where 200 tenants from the Layton side turned up at the corner of Division Lane and Common Edge, cutting down the Priory’s rushes, destroying drainage ditches and stealing cattle. The Prior complained to the Duchy of Lancaster’s court, and the court ruled in favour of the monks, despite some dodgy maps cooked up by the Butler family.

The monks left the priory in 1539, letting their house and land to a Thomas Dannett. It was a nifty retreat by them, this being the reign of Henry VIII! In 1540, the Crown took the monastery at Durham and thus the Crown became Dannett’s landlord. Eventually, the land passed to the Clifton family, whose influence on the development of Lytham cannot be overstated.

The inhabitants of the area were isolated, living in small cottages, mostly fishermen and farmers. Kathleen Eyre, local historian, wrote several incredibly detailed and researched books on the area, including lots of interviews with the older sand grown inhabitants. She provides a vivid picture of life for ordinary folk, it’s well worth getting hold of a copy.

Ed Ashton paints a lovely picture of what Lytham was like towards the end of the 18thC. Lytham had become popular as a resort for sea bathing, which was thought to cure all manner of ills. It was quiet, with clean sands and river, with thick woodland inland. The main street was mostly sand, with a few hovels made of clay and thatch. Most of the people here were either fishermen or worked on the estate. There were no shops; there was a fish market where the Market Hall is now at the ‘fishstones’. Otherwise, a cart went out to Preston once a week for supplies. Sewerage had not yet been thought of, and water came from various wells. There was the church of St Cuthbert catering to the spiritual needs of the inhabitants. The parson here had a bellman to walk around the village on Saturday evening calling “one more dark and then Sunday” to remind them of these needs!

By the early 19th C, the sea bathing craze was even more of a force; Lytham attracted lots of visitors through the summer, walking in if necessary. Some of the visitors slept in the sandhills which were then at the far end of where the green is now (Fairlawn end). Men and women had separate bathing and bells were rung to signal the time for the ladies to splash about!

It must have been idyllic, if tricky to actually get to. In response, the Preston coaches had increased to several a day during the season. Blackpool was also popular for the sea bathers, but in 1829 for example, the Lytham population was about a third bigger.  There were also lots of sailors and sea captains around; the Ribble was a very busy river with a safe dock at Lytham Pool to unload.

Blackpool really became a great resort after the introduction of the railway. Up till then, it was a hamlet of farms and fishermen’s huts. There was no port, and nothing much else going on workwise. Unlike neighbouring Lytham, there were no titled families to pump money into developing it, and thus it was not until the late 19th C when Blackpool started to grow rapidly.

The growth of Blackpool was anarchic at first. It was carved up into relatively small parcels of land. Landowners had different ideas on what was an appropriate use of land; some of the bigger players   were thus reluctant to shell out lots of money given the unpredictability of their neighbours. The Cliftons, for example, originally had a large piece of land in central Blackpool, and considered building housing, but instead chose to sell up and concentrate on Lytham, where they could control what was going on.

Like Lytham, Blackpool had been starting to cater to the trend for sea bathing, which visitors considered to be a health cure, from around mid-late 18th C. The beach was long and sandy, and the sea came right up to the shore.

A few inns opened to cater to these visitors, and in 1780, Blackpool village opened it’s first shop! Although most of these early visitors were reasonably well-off merchants from Lancashire and the Manchester area, Blackpool also attracted visitors from ‘the lower orders’ of Lancashire. Known as ‘Padjamers’, they came in the middle of August. The sea water was meant to have magic powers at this time of year, and not only did they bathe in it, but drank it as well! Not something we would be advocating these days!

With the coming of the railway, Blackpool began to grow, and by the turn of the 19th C, had started to become one of the great working-class resorts, with the Lancashire cotton towns providing most of the holiday visitors.  Wakes week holidays, when the mills shut down, saw whole streets from these towns turn up at Blackpool together and stake their spots on the beach. From then on, the enterprising businessmen of Blackpool started to build the huge entertainments we have on offer today.

The land to the west of the Clifton estate remained as a wild mass of sand dunes, with the odd cottage here and there.  There was a little hamlet at Heyhouses, and a lighthouse near to where Lightburn Ave is now, but not much else.

The Clifton family did start to make tentative changes to this part of their estate. In 1872, John Talbot Clifton built Clifton Drive, joining his manor at Lytham to the edge of Blackpool.

In 1870, Lady Eleanor Clifton, aware at the scandalous lack of attendance at St Cuthberts church by the residents of this area, decided to build a new church. Up until this point, the distance of the church had apparently put off many worshippers, not to mention the nearness of the Trawl Boat Inn, which as far as I can tell was roughly opposite where the cemetery road is now.  She built it at what is now St Annes Rd East, dedicated it to St Anne, and it was opened in 1873.

By this time, Blackpool was starting to boom as a resort. In 1874, one of the Lancashire ‘cotton kings’, Elijah Hargreaves, decided to take a walk further along the sand dunes and spotted a development opportunity. He immediately approached the Clifton estate to discuss the land, meeting with the manager Thomas Fair, in whom he found an eager ally. The Fairs had also been dreaming of a town in the dunes.

Hargreaves took a lease for 999 years to form a company to develop the land. The Cliftons were still ground landlords, with rights to shoot and kill game, as well as anything else found on the land. I’m not sure if this right is still in place! The company was called the St Annes on the Sea Land and Building Company Limited, and the other members were seven other Lancastrians, all in cotton.

These millowners were tough businessmen with no room for sentiment. Even so, the building of a new town in the sand was no small undertaking. The Company had to sort streets, railway access, water and gas. They attracted 250 shareholders, and formed separate companies to sort the gasworks and mains, and to build a pier. The company also let off sections of land to individuals so they could build their own houses, hotels, shops etc. These ground leases were quite tightly controlled as to what could be built and what could be done in these buildings, hence the town grew in a controlled manner. This was in stark contrast to Blackpool, where higgledy piggledy buildings, pigsties in backyards and stalls spilling out onto the beach were the order of the day.

The directors were frequently on the edge of bankruptcy, the building on the sand was a nightmare, and the labour to build on this almost shanty town was hard to come by. However, they hung on and eventually St Annes began to rise from the sand and claim its own unique character.

Information and further reading from the following books, all of which can be found in the local libraries