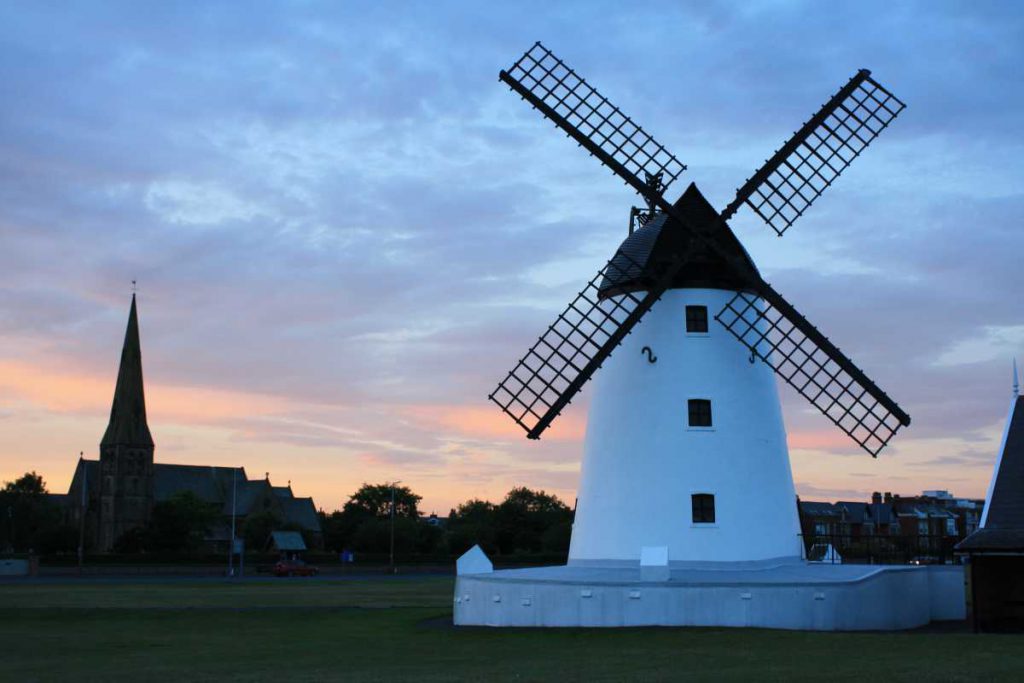 SandGrown is a very old name for the people of the Fylde coast, and naturally has lots of local legends about who should be included. Centuries ago, there were hardly any people here and the coastline looked very different. People mostly stayed exactly where they were born. The history of the three main resorts is a fascinating one.

According to Nick Moore, local historian, the first recorded instance of the sand grown term was in 1530, when the Duchy of Lancaster ruled in favour of “the sand grown’uns’ after one of the frequent clashes over boundaries between the Lytham Priory and the ‘mossogs’ of Layton ended up in his court.

The monks won the day on that occasion; and note that they would not have been born in the area, despite being described as sandgrown.  If you are interested in the history of the Fylde, by the way, Nick Moore has the most detailed piece of research I have ever seen!

Of course, the actual origin of the term has been lost to the blowing sands of time.

What about today? Well mostly the rough consensus is being born in the area, although precisely where that area should be is up for debate.  Apparently, Morecombe folk also call themselves Sand Grown, and there is no denying that they are growing by the sand.  Lytham, it should be noted, is depressingly free of sand these days

Some of the things I’ve heard involve; being conceived under a pier at Blackpool, being born in a local hospital (both the Blackpool and Lytham ones); needing to have parents and grandparents born here; even being born in Poulton.

So much for the history. If anyone was around in the 9th Century or so, do let me know the exact beginnings.

For this blog, I’m going with being born and/or brought up in Lytham, Blackpool or St Annes. That also means people who arrived here as kids and had their formative years here.

Grown, in fact, in these Sands.

I’m stretching Blackpool all the way up to Fleetwood, just to be clear.

Everyone else is now SandBlown. That includes people who moved here as adults, newly arrived, or those visitors who feel connected to the area and love it, whether they live here or not.

Having said that, this is the 21st Century, and mostly people are on the move all over the globe; the question should be; where do you feel you are from?

So SandGrown’un or SandBlown’un? Which camp do you belong to?